practice of Jean Rouch I developed a participatory approach that was shaped by ideas of transparency and re-enactment. Characters re-enacted the events of a particular day (as recounted by them) with the idea that this quotidian experience offered a specific time, context and place within which an ethnic identity could be performed.

My aspirations for an ethical and reflexive process produced an intricate and explicit method that to some extent seemed to pre-determine the role of the participants. Even so, the character/participants still used this method to stage varied and diverse identities of their own, in unexpected and unanticipated ways. But neither the moving-image, nor the spoken narration of the character/participants made any explicit reference to an ethnic identity. Rather than creating an autonomous space in which individuals could narrate their ethnic identities as they wanted to, A Life in the Day revealed notions of ethnicity to be imagined, constructed and narrated in relation to an ongoing public and private conversation about this identity.

A DAY IN THE LIFE (with Slum TV)

I was curious to interrogate how an ethnic identity was made manifest in day-to- day situations in contemporary Kenya. My strategy of avoiding cliches and stereotypes was to focus on particular and specific contexts, to work with Kenyan individuals and try to understand how they practiced and performed their identity on a daily basis. I had no desire to locate an ethnic identity, but I did hope to evidence the palpable, lived experience of an ethnic identity as dynamic, contingent and performed alongside other Kenyan identities. In doing so my aim was to suggest that ethnicity was not an abstract, identifiable quality of an individual, and hence could not be the singular cause to which the PEV was attributable.

The body of work which emerged from these intentions was A Life in the Day. It was an experiment in finding a reflexive method of working where all the individuals the roles of all collaborators were clear rather than opaque and in which moving-image was interactive rather than observational. Inspired by the experimental filmmaking 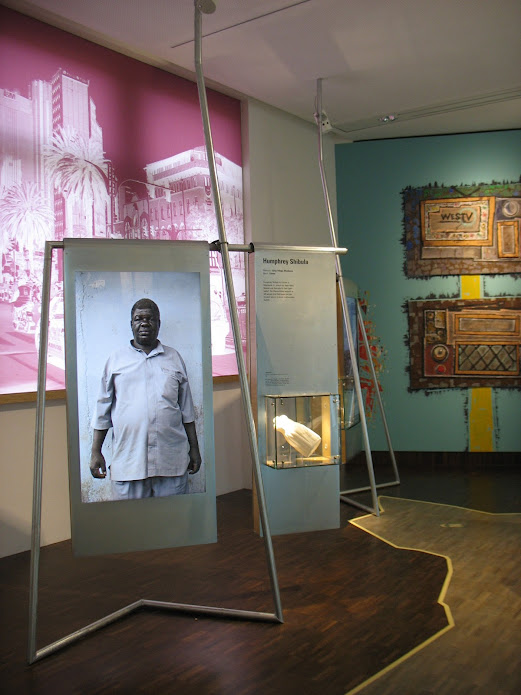