The historical episode of the man-eaters of Tsavo exists alongside pop-cultural, largely North American, narrations of the event which have one thing in common; the chief perspective is always that of Patterson, the hunter, the hero, the white man. Perspectives from the Kenyan workers who were directly affected by the lions are notably absent.

The Symbols of Our Resistance adopts a twofold approach to this complex manifestation of cultural patrimony. On the one hand, it excavates the multitude of materials which evidence a Northern fascination with, and fear of, the African lion which are linked to a specific set of ideas about nature and wilderness, their control and extraction. On the other hand, we counter this with an exploration of the contemporary Kenyan folk-history of the man-eaters of Tsavo. Through interviews, image searches, investigating design motifs and identifying architectural forms, we open up multiple alternative perspectives.

What emerges from this speculative process is a quite different imaginary of the lions; rather than the prey of the white hunter they are symbols of an anti-colonial resistance.

Taking the form of a multi-channel installation, the work recasts the existing representations of the man-eaters of Tsavo. We try to pose the question, in all its complexities, of how this imaginary of the lions might be different had they lived their 'second life' in Kenya?

In brief
A research-based artwork that explores the powerful imaginaries of the man-eaters of Tsavo, the two man-eating lions who brought the 1898 Kenya-Uganda railway project to a grinding halt.

Today the stuffed lions are one of the key exhibits at the Field Museum in Chicago. Our work explores the manifold histories of the lions between Tsavo and Chicago, and investigates their contested imagination from the colonial period to the contemporary.

Background
The Kenya-Uganda railway was the landmark British colonial scheme of the time. When the project ground to a halt, due to 2 lions, the British colonial administration was outraged. As soon as John Patterson, chief engineer of the railway, finally succeeded in killing the lions their demise was announced by the British Prime Minister in the House of Lords. Patterson used the lion skins as floor rugs for many years, before selling them to the Chicago Field Museum in 1924. Today, they have nurtured hopes and even diplomatic gestures to bring them back to Kenya. Their continued ability to spark passions and hypotheses is a testament to the unfinished business of colonial history 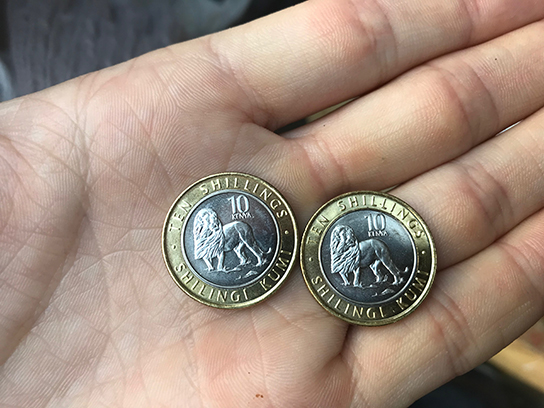